DISCLAIMER:
This is a beta version of the game. For full version, with many endings, bufixes and extended content, go here:

Am i doing something wrong, is there anyway to get 1.2 rn?

Idk I have the same problem.

Same! I don't know what is the Problem :(

Is this No Players Online 2 in disguise?

not sure if i saved the world or got pulled into the curse. but here's my take

This game has potential but it's wasted on being a plain ripoff of No Players Online. The map's style has potential, and the dev can clearly actually make something good, but the actual content of this game ends up being a ripoff rather than inspired.
I'll say what's good first :

The models and things? If the creator of this game made them, good job. Even if they didn't, they used them well to design an interesting looking map. It's not mindblowing but it's good, it's passable.
The shadowy monster that appears is quite good actually. They did get the idea of a shadowy monster from NPO, but NPO didn't invent the idea of a shadow monster, so that's passable. It's design isn't that bad at all, i'd say it's pretty scary and sort of ambiguous.
The sound design isn't bad at all. That weird giggling that the baby statue makes unnerves me, the weird deep moans around the place are unsettling as hell. Good job on that!

Now, the things I don't think are good :

This claims to be "inspired" but it feels like an event-for-event ripoff of NPO, with a few MINOR twists. You play capture the flag in an empty server, grab a flag, capture it, someone joins the game (that someone being a spooky shadowy monster with glowing white facial features), except in this game more than one person joins the game. Then as you continue you can actually shoot at the monsters to make them dissapear, which is something I can quickly say I sort of like, adding more of the FPS factor into the game than NPO did, but still, feels like a copycat scenario. Then someone else joins and has some exposition (except in this game its a little less on-the-nose about it), tells you that you shouldnt be able to play the game. There's even bits where you can shoot a jukebox, similar to that of the phonograph in NPO.

Another thing that annoys me greatly, and this isn't just for this game, but the horror community in general: Art theft.
Many of the images used were stolen artworks from Trevor Henderson, who puts time and effort into creating his art that get's used in shitty clickbait thumbnails and "spooky images put to unfitting music" compilations without a LICK of credit given to him. This game does the same, having images of his art flash on the screen (with no relation to the game's story at all, mind you), as well as other images from other artists, etc.
I am aware you removed this, which does make me happy. That's Garry's Mod horror map levels of bad. It's not even remotely scary at all, so good on you for removing it and accepting that criticism, but in general, I am tired of Trevor's art being nabbed everywhere all over youtube, and this isn't an exception. I hope you've learned from that.

While NPO is by no means a perfect game, this game tries hard to replicate it's feeling and atmosphere but ends up simply feeling like a ripoff. It's got potential to be something of it's own, but it's so mindbogglingly similar it actually dissappoints me. I want to see more of what YOU can do, not more of No Players Online. Inspiration is not a crime, inspiration is not a bad thing, but having the exact same plot progression and events with the most minor details changed isn't being inspired, it's copying.

I think you're a good game dev. I want to see you make something better than this though. No Players Online shouldn't spawn a genre of games that revolve around the exact same concept, or else it'll end up being over-saturated. I can't give the world's greatest advice, I am no game developer myself just yet, but from an audience perspective, and the audience is the most important, this isn't good.

finally someone said the elephant in the room

Reply
Whose2 years ago

This was a fun, spooky experience! Its aesthetic and gameplay were fun to play with. Very well done!

it said there isnt an assosiated app

is acting not work

Connection Haunted tasks the player with gathering red flags in a multiplayer competitive game. But is it as simple as that?

Returned to find the endings I did not get the first time...was not disappointed.

Thanks for sharing, enjoyed this! :)

uuuummm....... it wont let me play it it only sais there isnt an app asociated with it, can anyone help mewith tjhis

Reply
RexManticore3 years ago(+1)
I love this game! I was already a big fan of "no players online" also cause it reminded me of my youth and the first fps games, this game hits my chords even harder! Everything from the graphic choices to the plot unveiling through the chat really got me! I've recorded this gameplay where (hopefully) I've discovered all the possible endings. Really great work hope to see more from you!
Reply
Raap OnPoint3 years ago

Played this for a random indie horror, and I gotta say, I was pretty impressed with how much you achieved with so little. I liked this game quite a bit and hope to see more things like it! it was pretty fun to play and an interesting take on something all PC players have experienced at some point or another. Playing on a server alone and some very weird things start happening or a player joins and he's no where to be found, it's a spooky idea for sure. I gave a few small points of criticism as a fellow developer in the video, but overall enjoyed the experience! 8/10

This game grabbed my attention right away. I think it took the concept No Players Online set up and really improved on it on every level. Everything from the atmosphere to the scares felt more aggressive which was something I wished No Players Online had done. I also appreciated that the different endings were so distinctly different that it made each play through feel different, rather than repetitive. In short, awesome job developer, I hope you make more horror games for us to all play. If you want to see what my experience was like you can watch it using the link below.

your game was great! Love also the first part. Keep up the good work!

Really cool way to make the "no players online" idea better.  It feels like there is so much to this world, so many things you can miss, and so much time you could put into digging deeper into the mystery.  While also having super creepy twists.  And the original area feels like a really good map and style for a fps online game.  Terrific job, I dug into it as much as I could in about an hour

Awesome game, i loved the atmosphere and the secrets great job and i am definitly coming back for those secrets!

This is such a cool game! Had a blast trying to figure things out!

I don't want to be annoying, but could you please make a Linux port? I tried playing it on Wine, but it crashes when I try to load Metro b.

this game was so unique and fun to play! I loved it

Really like this game. I loved No Players Online, which is why I decided to play this one, and I like that there is a bigger world with more to explore. Great atmosphere, and those sounds, at first I would look around but after a bit when they started getting louder I just wanted to run.

Reply
Hey It's Greg3 years ago

In my opinion, this is a spiritual successor to No Players Online. It's much longer and has a few different endings. The game is also littered with small hidden messages. I really enjoyed my time with the game and almost spent too much time. If you want to do everything in the game (without looking it up) this game can take up to an hour or two to complete.

Oh man... this game is so damn cool! Right from the start, it feels so expansive. I got the sense that there are many branching paths throughout the game. I only managed to get a couple endings, but I'll be revisiting this soon to try and get even more! Here's my playthrough:

What do the hex code names mean or is it just meaningless characters?

Nothing in this game is meaningless :)

I haven't identified any hex codes yet. I decoded 3 codes so far (besides the Morse codes) though (see comments of my 1.2 video) but I also have at least 3 codes I couldn't identify yet...

The names, shown in your latest video, when players joined the game, there were 2 hex codes for names and you received one for becoming one of them. Trying to convert them directly into ascii, it makes no sense.

It means "The Chosen One". Several people said that in German streamer Gronkh's stream (21/12 at around 9h30min) on Twitch but I have no idea how they translated it.

This is a really creepy game that ran surprisingly well on my shitty computer...I had a lot of fun with this!

Any chance for a Mac version?

Was thinking this was going to be a cheap knockoff off No Players Online, but it's actually pretty good! 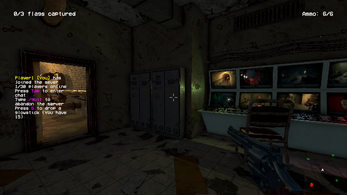 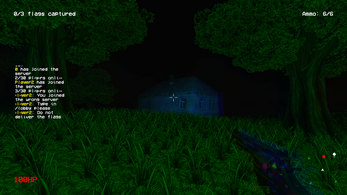 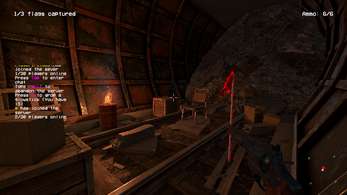 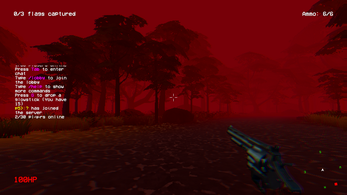 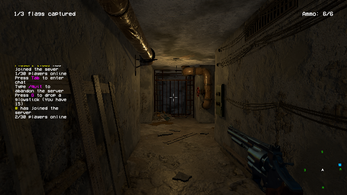 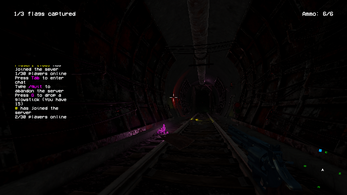 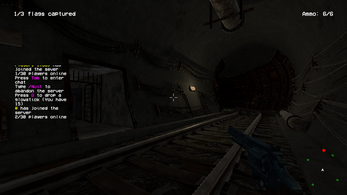 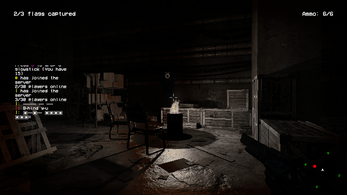 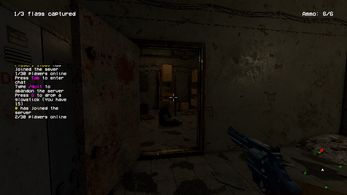